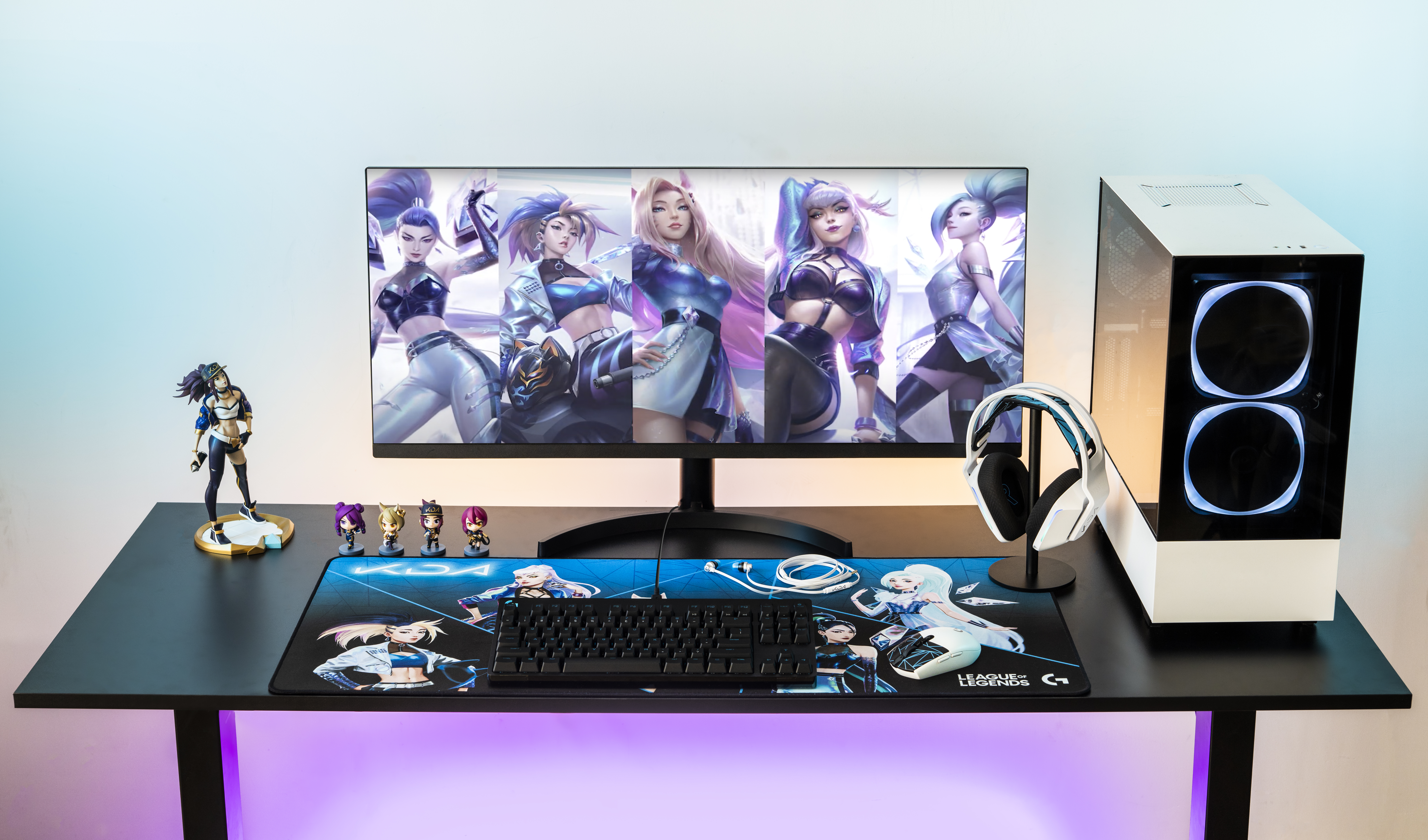 As a part of the agreement, Logitech G will introduce a portfolio of officially licensed League of Legends (LoL) gaming products, the first of which is inspired by the aesthetics of the global virtual music group, K/DA, and their 2020 comeback.

“We’re honored to be selected as the official and exclusive partner to RIOT Games for the world’s biggest games ever, League of Legends,” said Peter Kingsley, chief marketing officer at Logitech G. “Our multi-year partnership will bring several product, technology and design collaborations that will give League of Legends fans the best way to play.”

The first collection will include a K/DA-branded suite of Logitech G’s most popular gaming peripherals, including the Logitech G733 gaming headset, the Logitech G304/G305 gaming mouse, the G840 gaming mousepad and the exclusive Logitech G333 LoL gaming in-ear headset, complete with co-designed coloring, images and branding.

“We aim to deliver to our players the best and most expressive ways in showing their love and passion for League of Legends,” said Christian Bayley, director of consumer products at Riot Games. “For that reason, we’re excited to partner with Logitech G to bring unique, world-class gaming products to LoL, and K/DA, fans around the world.”

The centerpiece to this new collection is the Logitech G733 Lightspeed Wireless RGB Gaming Headset, a lightweight, full-featured wireless headset that comes in four colors to fit your style. Weighing only 278 grams, the headset features new colorful, reversible and adjustable suspension headbands, and comes equipped with soft dual-layer memory foam ear pads that conform to your head, making it one of the lightest and most comfortable headsets Logitech G has ever designed.

The G333 LoL gaming in-ear headset is the first in-ear headphone from Logitech G. Featuring dual audio drivers in each ear housing, one driver dedicated to the bass, the other is dedicated to the mids and highs, the G333 delivers a powerful audio gaming experience.

To help you unlock all your abilities, the G304/G305 LIGHTSPEED Wireless Gaming Mouse is a compact, lightweight, high performance gaming mouse. Weighing only 99 grams for high maneuverability, the G304 features HERO sensor and LIGHTSPEED wireless technologies in a design gamers love.

The Logitech G840 XL Gaming Mouse Pad was selected for its gigantic surface area, which gives gamers more space to play, and makes for a large canvas on which to print the custom K/DA artwork. The G840 gaming mouse pad features a rubber base, allowing for quick, sweeping hand movements, while the performance-tuned surface provides optimal sensor imagery for precise cursor movement even at high speeds.

Riot Games was founded in 2006 to develop, publish, and support the most player-focused games in the world. In 2009, Riot released its debut title, League of Legends, to worldwide acclaim. League has gone on to be the most-played PC game in the world and a key driver of the explosive growth of esports. As League enters its second decade, Riot continues to evolve the game while delivering new experiences to players with VALORANT, Legends of Runeterra, League of Legends: Wild Rift, Teamfight Tactics, and multiple work-in-progress titles, while exploring the world of Runeterra through multimedia projects across music, comic books, and more. Founded by Brandon Beck and Marc Merrill, and led by CEO Nicolo Laurent, Riot is headquartered in Los Angeles, California, and has 2,500+ Rioters in 20+ offices worldwide.

For more information about Riot Games, visit the company’s website at riotgames.com

Logitech and other Logitech marks are trademarks or registered trademarks of Logitech Europe S.A and/or its affiliates in the U.S. and other countries. All other trademarks are the property of their respective owners. For more information about Logitech and its products, visit the company’s website at logitech.com.