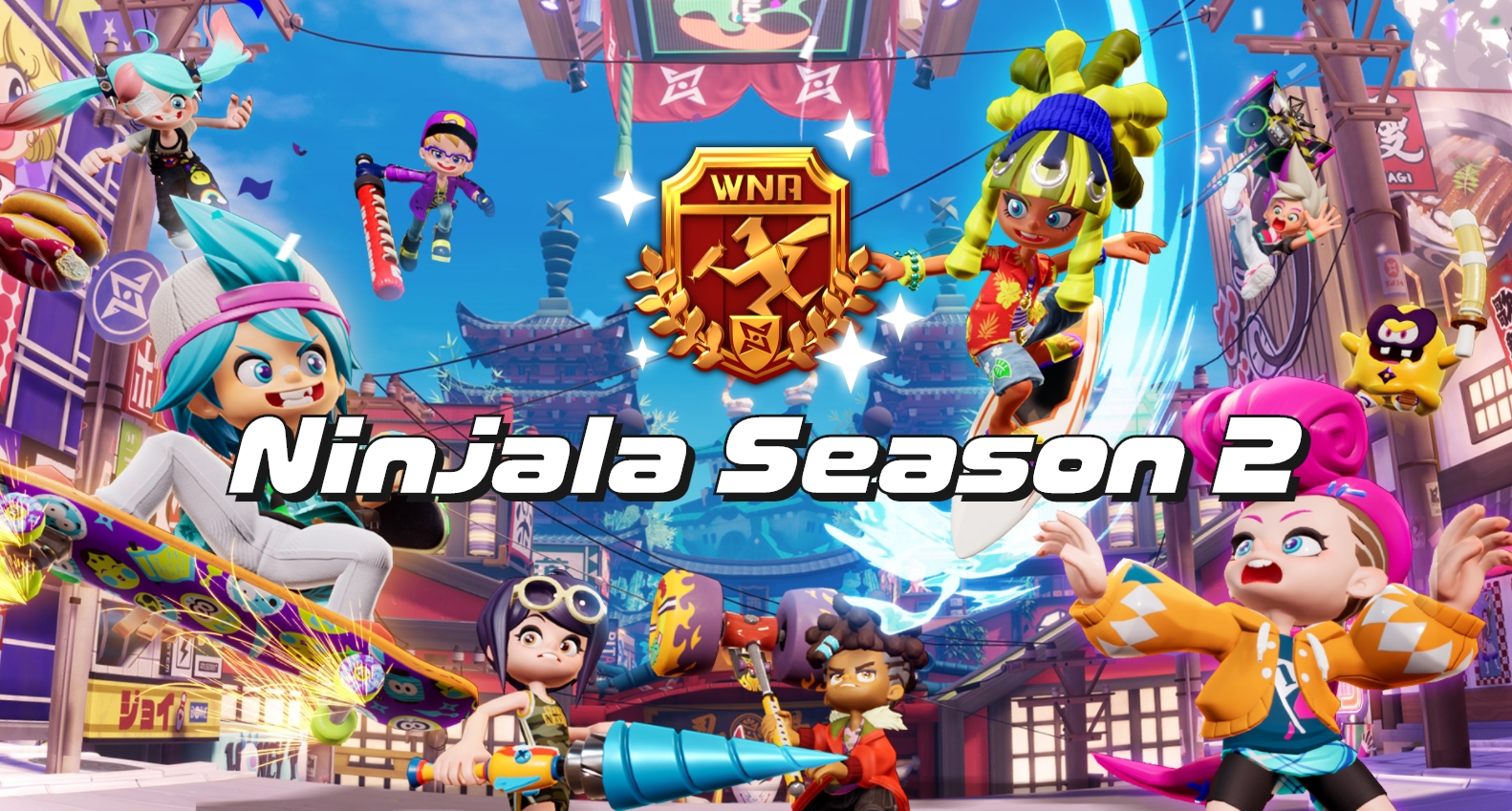 TOKYO–(BUSINESS WIRE)–Ninjas gotta go fast! GungHo Online Entertainment (GOE) today released Season 2 for their hit arena brawler Ninjala on the Nintendo Switch. Season 2 adds a new board-themed weapon class with multiple variations and a new stage, Shinobi City. It was also revealed that Sonic the Hedgehog-themed content is speeding our way in the first ever Ninjala collab. While details on the collaboration cannot be shared just yet, don’t be blue! More information will be coming soon on what players can expect later in the season. Download Ninjala from the Nintendo eShop and play for free today!

GOE also released their eighth dev diary, in which they walked through the updates to the game and gave a sneak peek at an upcoming episode of the Ninjala cartoon series. Check it out here.

New in Season 2, players can equip and choose from one of four ‘board’ weapon classes, including the Festival Board, Ninja Caliber, Camu Camu Plate, and Home Run Surfer. These boards will introduce brand-new Gum Ninjutsu, abilities, and specials to the game. Additionally, players can now step into Shinobi City, a Japanese-themed stage that explores the hometown of shinobis, complete with hot springs that recover health and increase one’s Shinobi Gauge.

Watch the new dev diary to learn more about the Home Run Surfer weapon, containing abilities brand new to the game, including:

In addition to gameplay, the devs dropped a few hints of what fans can expect to see in Ninjala’s evolving story – a glimpse of the upcoming third episode of their hit cartoon series, focusing on Jane’s backstory. Jane is an expert hacker with a major sweet tooth, tasked with a top-secret order to retrieve data on the development of Ninja-Gum. What kind of trouble does this bubble-blowing brainiac get herself into?

Press assets for the game can be found here.

Trademarks are property of their respective owners. Nintendo Switch is a trademark of Nintendo.

The Walt Disney Company Board Decides to Forgo Next Semi-annual Cash...