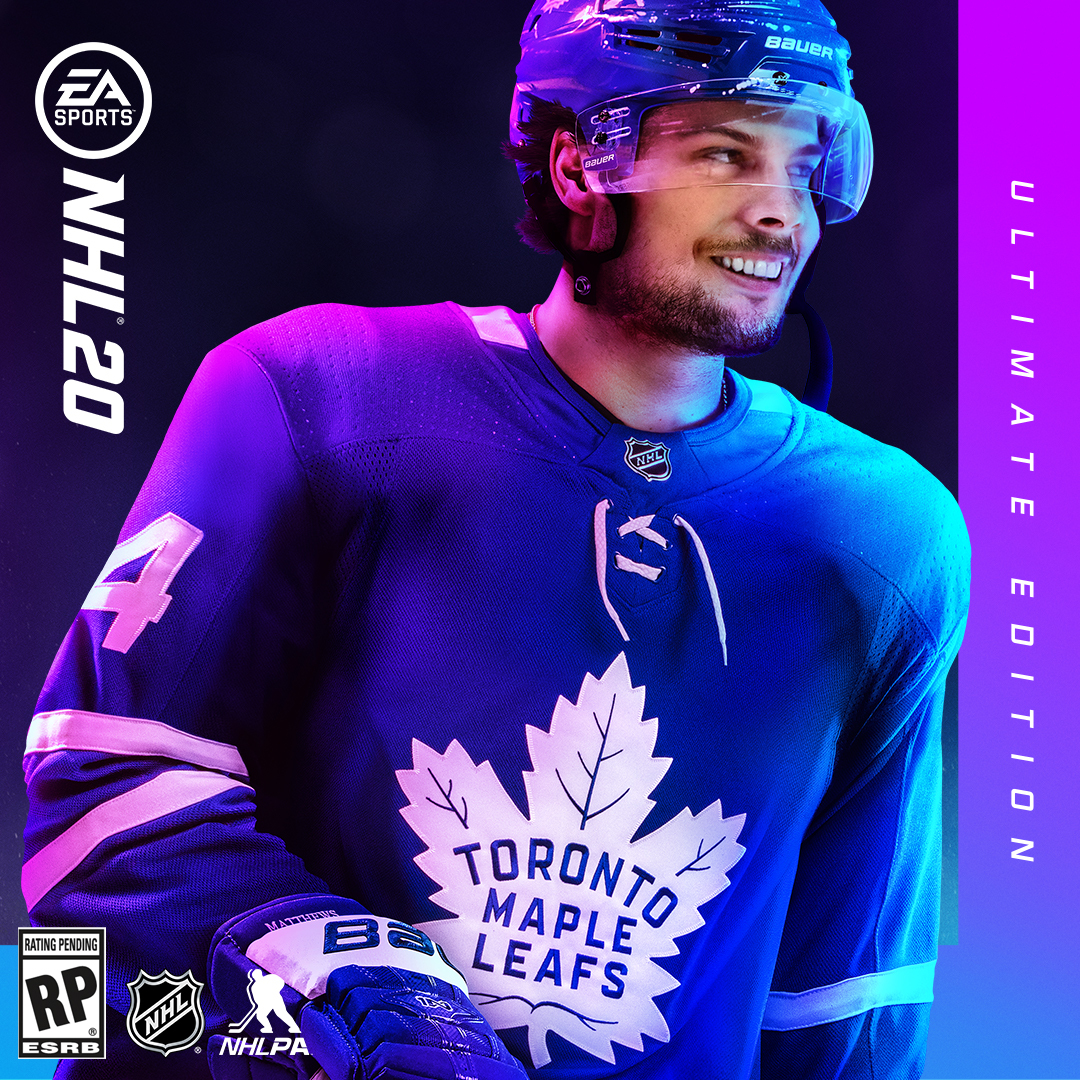 NHL 20 Returns with Faster, More Responsive Gameplay and All New Features Including Signature Shots, New Play-by-Play and Color Commentary and A Winner Take All Eliminator Mode

“This is definitely the best feeling and playing EA SPORTS NHL hockey experience in the franchise,” said Sean Ramjagsingh, Executive Producer of NHL® 20. “RPM Tech unlocked a massive leap to our gameplay innovation last year, and by adding Signature Shots and dozens of new shooting, puck possession and goalie animations we’ve been able to take it to the next level in terms of how fast, fun and true-to-life the game looks and feels.”

NHL® 20 also introduces an all-new competitive way to play ONES and THREES called Eliminator, a winner-take-all competition inspired by battle royale. ONES Eliminator pits 81 players against each other in a survival tournament bracket en route to crowning the ultimate winner. In THREES Eliminator, players can squad up with friends and battle their way to the top of the leaderboard against increasingly competitive opponents.

Continuing to deliver a fresh feel to the franchise, a revamped broadcast package featuring Vancouver radio personality James Cybulski and TSN broadcaster Ray Ferraro delivers new play-by-play and color commentary to NHL® 20. This new system paired with overhauled scoreboards, overlays and motion graphics, all built to put players in the center of the game’s biggest moments. New to NHL® 20, ‘Play Of The Game’ brings memorable moments to life through a highlights package designed to put stars in the spotlight.

Fan-favorite game modes Hockey Ultimate TeamTM and NHL ONES return with exciting new options and updates, including the ability to play ONES via local multiplayer with class-based NHL stars, creating the opportunity to challenge friends to a 1v1v1 battle at any moment. Hockey Ultimate Team introduces a new way to play in Squad Battles, the highly acclaimed mode from EA SPORTS FIFA that allows players to compete and earn big rewards in offline battles. New opponents are refreshed every day, including weekly Featured Squads assembled by NHL players, hot musical artists, hockey influencers and superstar athletes from other major sports. Squad Battles introduce a brand-new way to take on the best teams assembled by the biggest names in sports and entertainment. Hockey Ultimate Team also welcomes a new roster of playable hockey Icons, bringing the total number of collectible and playable Icons to over 400.

After its introduction last year, the World of CHEL continues to evolve with CHEL Challenges, weekly in-game events across all of fan favorite modes that unlock unique customization rewards, character XP and more are introduced in NHL® 20. World of CHEL now offers over 2,000 unique customization items to craft players’ looks and their playstyle – from gear and equipment to lifestyle apparel from hockey’s biggest brands. Additionally, four new outdoor locations bring the game to never-before-seen ponds in the remote wilderness and city landmarks inspired by iconic locations.

EA Access subscribers can enjoy up to 10 hours of play time as part of the Play First Trial, along with 10% off the purchase of the full game*.

EA SPORTS NHL® 20 is ESRB rated E10+ and available worldwide on PlayStation®4 and Xbox One for $59.99 USD. For more information on EA SPORTS NHL, visit the website at www.easports.com/NHL.

The National Hockey League (NHL®), founded in 1917, consists of 31 Member Clubs and proudly welcomes its 32nd franchise, based in Seattle, for the 2021-22 season. Each team roster reflects the League’s international makeup with players from more than 20 countries represented, all vying for the most cherished and historic trophy in professional sports – the Stanley Cup®. Gary Bettman has served the NHL as Commissioner since February 1, 1993 and has guided the world’s top professional hockey league to more than $5 billion in annual revenues and partnerships with more than 40 blue chip corporate sponsors. Every year, the NHL entertains more than 670 million fans in-arena and through its partners on national television and radio; more than 151 million followers – league, team and player accounts combined – across Facebook, Twitter, Instagram, Snapchat and YouTube; and more than 100 million fans online at NHL.com. The League broadcasts games in more than 160 countries and territories through its rightsholders including NBC/NBCSN and the NHL Network in the U.S., Sportsnet and TVA in Canada, Viasat in the Nordic Region, Yandex in Russia and CCTV and Tencent in China. The NHL reaches fans worldwide with games available online in every country including via its live and on-demand streaming service NHL.TV™. Having entered the esports world in 2018, the League hosts the NHL Gaming World Championship annually, drawing record digital streaming audiences during the 2019 campaign. Fans are engaged across the League’s digital assets on mobile devices via the free NHL® App; across nine social media platforms; on SiriusXM NHL Network Radio; and on NHL.com, available in eight languages and featuring unprecedented access to player and team statistics as well as every regular-season and playoff game box score dating back to the League’s inception, powered by SAP. The NHL is committed to building healthy and vibrant communities through the sport of hockey by increasing youth participation and engagement; fostering positive family experiences; promoting inclusion, positive culture and leadership; and supporting sustainable community impact.

The National Hockey League Players’ Association (NHLPA), established in 1967, is a labour organization whose members are the players in the National Hockey League (NHL). The NHLPA works on behalf of the players in varied disciplines such as labour relations, product licensing, marketing, international hockey and community relations, all in furtherance of its efforts to promote its members and the game of hockey. In 1999, the NHLPA launched the Goals & Dreams fund as a way for the players to give something back to the game they love. Over the past 19 years, more than 80,000 deserving children in 34 countries have benefited from the players’ donations of hockey equipment. NHLPA Goals & Dreams has donated more than $24 million to grassroots hockey programs, making it the largest program of its kind. For more information on the NHLPA, please visit www.nhlpa.com.

NHL and the NHL Shield are registered trademarks of the National Hockey League. NHL and NHL team marks are the property of the NHL and its teams. © NHL 2019. All Rights Reserved.

EA SPORTS™ NHL® 20 is an Officially Licensed Product of the NHLPA. NHLPA, National Hockey League Players’ Association and the NHLPA logo are trademarks of the NHLPA. © NHLPA. All Rights Reserved.