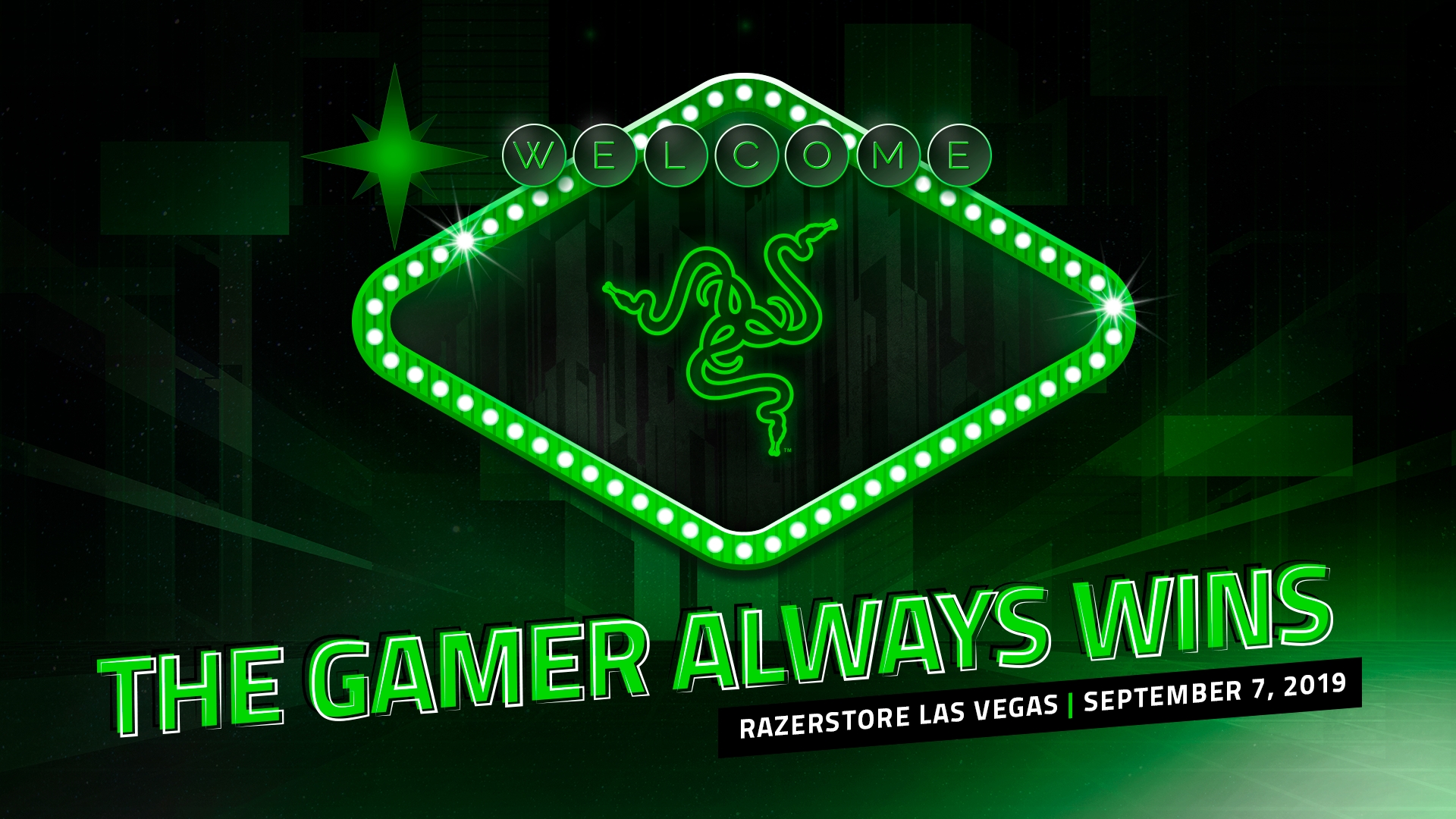 The ultimate Razer gaming showcase will open at The LINQ Promenade in the heart of the city.

SAN FRANCISCO–(BUSINESS WIRE)–#Flagship–Razer™, the leading global lifestyle brand for gamers, has announced the Grand Opening of RazerStore Las Vegas (LV). This will be Razer’s largest global store to date and its second store in the U.S. after San Francisco. Razer’s retail expansion into Las Vegas will further electrify the esports and gaming scene in the city best known for sports and entertainment.

The street-level space at The LINQ Promenade provides the perfect solution for Razer to greet its game-loving guests. With nearly 22 million global visitors annually, the Promenade represents one of the busiest locations just off the Strip.

“It was totally natural for us to build our next retail presence in Las Vegas, where so many of our fans would be able to experience and enjoy our entire gaming ecosystem,” says Christine Cherel, Global Director of RazerStores. “Together with Caesars Entertainment, we have been scouting for the perfect spot for over a year – and now we have found it, right at the heart of one of the best places for entertainment in the world.”

RazerStore LV will serve to encourage and foster an avid gaming community. In collaboration with Razer partners and The LINQ Promenade, esports and gaming events will be organized weekly.

“The introduction of Razer to The LINQ Promenade will create an immersive destination for gamers at the heart of the Strip,” said Shaun Swanger, senior vice president of attractions, retail and leasing for Caesars Entertainment. “With the addition of Razer, The LINQ Promenade and Las Vegas continue to thrive as the global epicenter of tourism, technology and entertainment.”

The new brand gallery and retail store will cover about 2,400 square feet over two levels. The centerpiece is a massive 16-HD-panel-display wall broadcasting interactive live streams and tournaments in full surround sound to onlookers inside and outside.

Each floor will have different experience zones, allowing gamers to explore the full richness of the Razer ecosystem during their stay. The lower level features ten battlestations capable of hosting 5v5 gaming tournaments, as well as a Quartz Pink lair decked with the fan favorite pink gaming gear, and Razer Chroma lighting solutions from Nanoleaf and Philips Hue. Here, gamers will also find a dedicated Chroma room to deep-dive into the next level of gaming immersion. On the upper level mezzanine, streamers can pop into the Razer Streaming Lounge to start off an instant live stream to their fans.

Grand opening day – a huge party for gamers, by gamers

Opening day celebrations will include a live DJ performance, gaming competitions and attendance from major gaming influencers MissesMae, OpTic DI3SEL, AvaGG and Jericho. Thousands will have their shot at door prize entries and giveaways, as well as a first chance to play Xbox’s new Gears 5 in advance of its worldwide release on September 10th.

Razer opened its first U.S. RazerStore at the Westfield Mall in Downtown San Francisco in May 2016. Two more stores are located in Hong Kong and Taiwan. The RazerStore Las Vegas is the second U.S. location and the world’s biggest RazerStore to date.

For more information about the RazerStore Las Vegas, please visit:

Razer™ is the world’s leading lifestyle brand for gamers.

The triple-headed snake trademark of Razer is one of the most recognized logos in the global gaming and esports communities. With a fan base that spans every continent, the company has designed and built the world’s largest gamer-focused ecosystem of hardware, software and services.

In services, Razer Gold is one of the world’s largest virtual credit services for gamers, and Razer Fintech is one of the largest online-to-offline digital payment networks in SE Asia.

Founded in 2005 and dual-headquartered in San Francisco and Singapore, Razer has 18 offices worldwide and is recognized as the leading brand for gamers in the USA, Europe and China. Razer is listed on the Hong Kong Stock Exchange (Stock Code: 1337).

About The LINQ Promenade

The LINQ Promenade is the world-renowned, award-winning open-air district featuring more than 30 unique entertainment, retail and dining experiences with more to open in 2019. The LINQ Promenade also plays host to a variety of special events, festivals and parades throughout the year. Home to High Roller, the world’s tallest observation wheel, and FLY LINQ is the only zipline in the world to offer riders four ways to fly simultaneously on 10 side-by-side lines: prone frontward or backward and seated frontward or backward with the addition of the only zipline on the Strip, The LINQ Promenade is now the center for world-class attractions. High Roller quickly emerged as an instantly recognizable part of the already-iconic Las Vegas skyline and consistently ranks as one of the best, “must see” attractions by media outlets and websites around the world, ranging from Travel + Leisure to USA Today and Trip Advisor. The wheel’s 28 glass-enclosed cabins feature an interactive 30-minute experience 550 feet in the air. The sky is the limit for in-cabin experiences such as the popular Happy Half Hour (an exclusive open bar for guests 21 and over); Chocolate Tasting with Ethel M Chocolates and Yoga in the Sky. The brand-new FLY LINQ provides unparalleled views and features 10 side-by-side ziplines capable of simultaneously launching all riders from a 114-foot-tall launch tower to travel 1,121 feet through The LINQ Promenade at speeds up to 35 MPH. For more information, go to TheLINQ.com or the Caesars Entertainment Las Vegas media room. Find @LINQPromenade on Facebook and follow on Twitter and Instagram. (Hashtags: #LINQLife, #RevolveVegas, #HighRollerVegas)

Razer – For Gamers. By Gamers.™

Celebrate 15 Years of WoW® with the Release of World of...