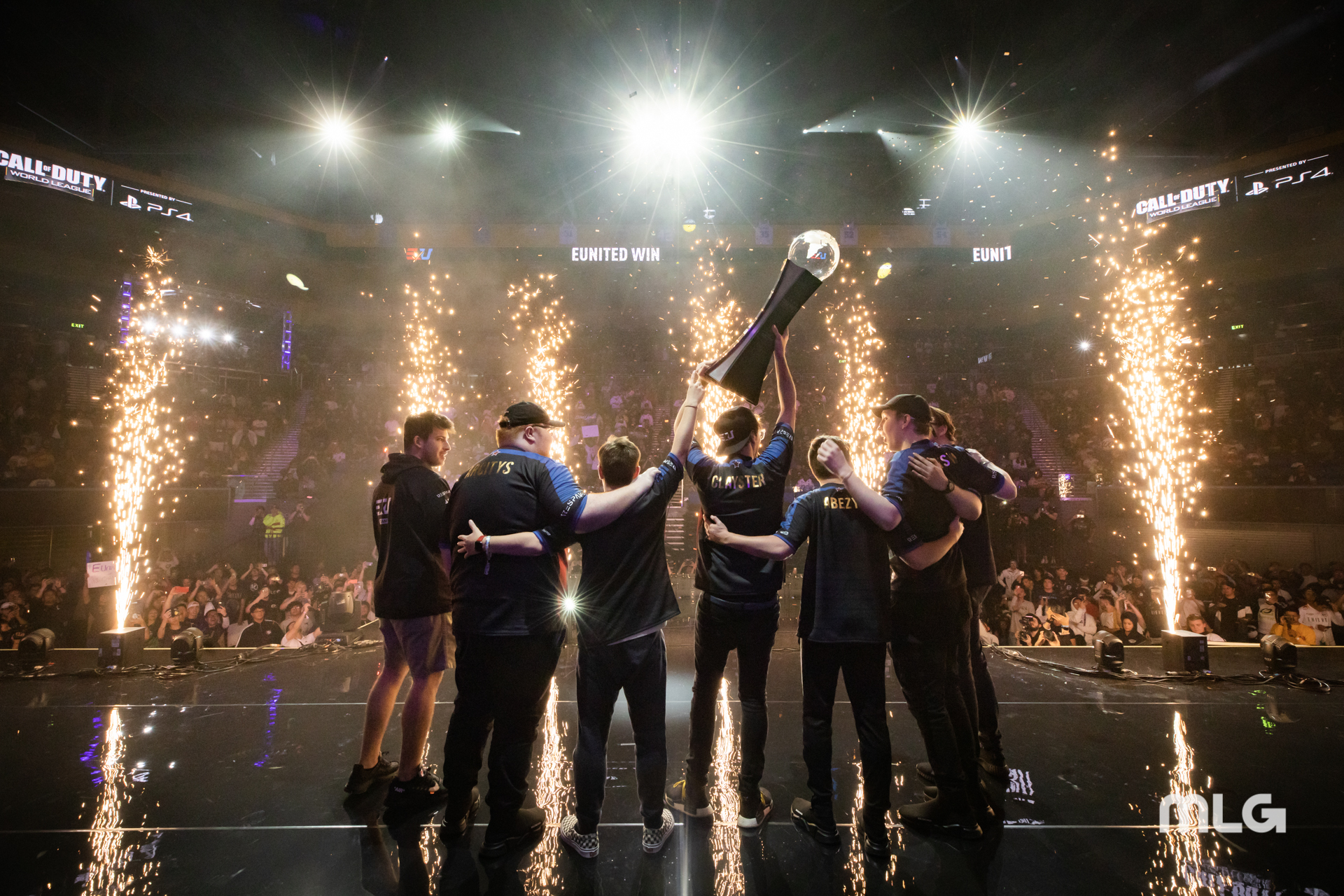 SANTA MONICA, Calif.–(BUSINESS WIRE)–#CWLCHAMPS–The 2019 Call of Duty® World League season concluded with eUnited winning the most prestigious prize in professional Call of Duty® esports: The Call of Duty World League Championship. Through August 14-18, 32 teams from around the world competed in Los Angeles across a massive five-day tournament in the last event of the Call of Duty®: Black Ops 4 competitive season.

“Congratulations to eUnited for their victory at the 2019 Call of Duty World League Championship,” said Johanna Faries, Commissioner of Call of Duty Esports. “Thank you to the teams at Activision and Treyarch as well as our league sponsors for helping us deliver an incredibly competitive and entertaining season of gameplay for our fans around the world.”

Visit CallofDuty.com/esports and follow the official home of Call of Duty esports on Twitter and Instagram for more information on the upcoming season. Video-on-Demand from the Call of Duty: Black Ops 4 season is available on MLG.com/CallofDuty and YouTube.com/CODWorldLeague.

Headquartered in Santa Monica, California, Activision is a leading global producer and publisher of interactive entertainment. Activision maintains operations throughout the world and is a division of Activision Blizzard, Inc. (NASDAQ: ATVI), an S&P 500 company. More information about Activision and its products can be found on the company’s website, www.activision.com or by following @Activision.