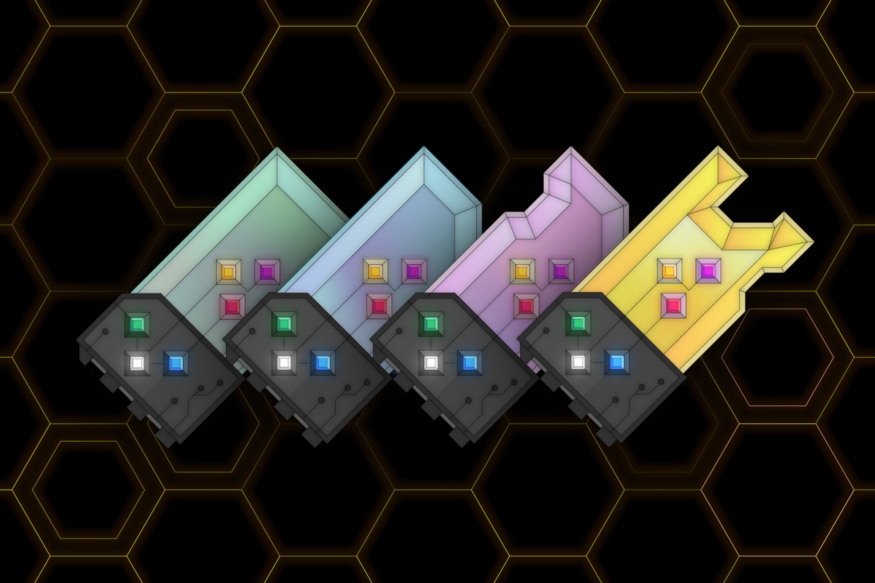 NEW YORK–(BUSINESS WIRE)–#blockadegames–The Founders Program for Season Zero is well underway, now passing the halfway point of playing, testing, and building up Neon District with our fantastic community of Keyholders. For the past few weeks, we’ve opened up access to the game in tiers for each key rarity. We’re introducing these keyholding Founders to the ongoing demo which allows them to contribute the following:

“We are constantly looking for ways to involve our community in the creative process. Some game studios would call us crazy for opening up Neon District this early to be scrutinized by players, but we trust our Keyholders and know this action makes the game an even better experience for everyone at release. In the end, Blockade Games is ‘Player First’ at our core, and this is just an example of that commitment.” — Marguerite deCourcelle, CEO at Blockade Games

Some of the exciting contributions so far include designs and backgrounds for ‘Oracle Teams’ (competing factions in the ND universe), in-game environmental items with unique abilities to interact with during battle, and surveys for the next hard-hitting cyberpunk weapon to stash in your arsenal.

One of the many benefits of incorporating non-fungible tokens (NFTs) into video games is the capacity to grant true ownership of items to gamers. We’re looking to expand on this idea of ownership so that our players have the chance to leave a lasting mark on the game and always be able to refer to it as their own specific contribution. The Founders Program is our version of early access, enabling us to truly build on the strengths of blockchain governance and prospects of decentralized growth.

Highlights from the Founders Program –

If you missed out on the waitlist and don’t yet own a Founder’s Key, head over to the OpenSea marketplace to pick one up here. These keys will be perpetual, unlocking a host of special access items and experiences over the course of the game and well beyond Season Zero. The Founders Program has already proven to be a rewarding experience for the team and the early access players, so we want to expand on that fruitful engagement in the future.

With the help of our dedicated community, Neon District is already shaping up to be a blockchain gaming experience that has us coming back for more. Keep an eye out for future newsletters as we’re sending out updates on all the feedback, improvements, and calls to action each Friday via newsletter as well.

Neon District is an upcoming cyberpunk role-playing game developed by Blockade Games and built on the Loom Network with Unity. Players control parties of characters and battle to progress through a sci-fi storyline and earn in-game NFT (non-fungible token) items. Your aim as part of the “Degens” and “Edits” is to combat a governing entity that has begun to surveil and control its citizens with implant technology.

Blockade Games is a video game development company led by Marguerite deCourcelle, AKA @coin_artist. The team has produced some of the longest-running experiences blending blockchain with interactive entertainment. From Plasma Bears to the Pineapple Arcade to the upcoming flagship title, Neon District, their games incorporate crypto-assets in a way that pulls together today’s largest communities of players in the blockchain space.