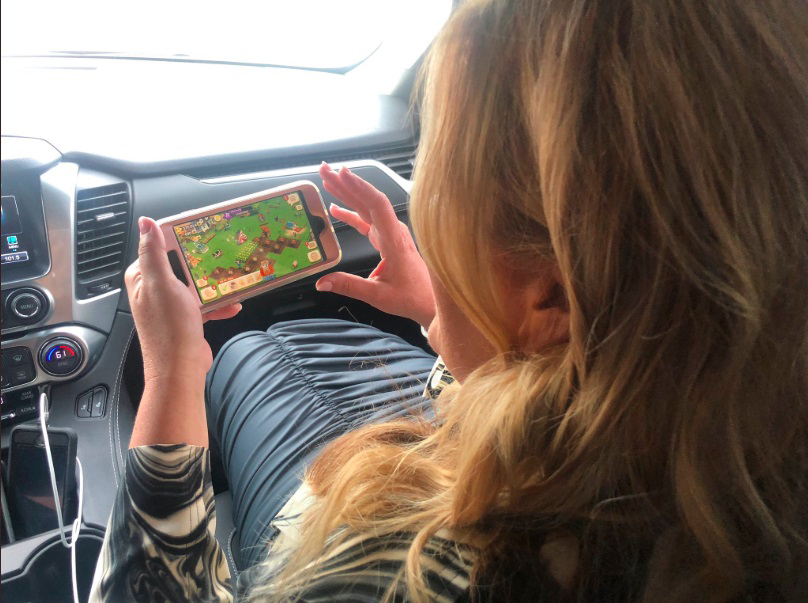 SAN FRANCISCO–(BUSINESS WIRE)–Today, Zynga Inc. (Nasdaq: ZNGA), a global leader in interactive entertainment, kicks off the 10th anniversary of its original hit classic game, FarmVille, by announcing a collaboration with three-time Grammy award-winning country music star, Trisha Yearwood. Sharing the spirit, authenticity and sense of community with the FarmVille franchise, Yearwood will lend her likeness and her new single to FarmVille 2: Country Escape, to kick off Zynga’s multi-month anniversary celebration.

In preparation for her appearance in the game, Ms. Yearwood joined Phuong Phillips, Zynga’s Chief Legal Officer and Women at Zynga (WAZ) executive sponsor, for a WAZ Community Breakfast and listening party as she debuted her new single “Every Girl in This Town,” which celebrates females achieving their potential in every environment.

“As someone who plays FarmVille and having grown up on a farm in Georgia, the game ties back to my roots,” says Trisha Yearwood. “With women also being the central characters in all the FarmVille games, it shows that farming — like music, tech, politics, science and entrepreneurship — should be accessible to anyone.”

“So much has happened in the last decade, across technology, entertainment, and attitudes,” adds Yearwood. “But there are shared experiences that endure and bring people together, like those special songs that become anthems or a powerhouse game like FarmVille. I’m proud to now share a new anniversary with Zynga, and had an incredible experience visiting their headquarters, meeting the team, and sharing my own road with other dynamic women in entertainment.”

“FarmVille is a cultural phenomenon and an important contributor to the growth of games as it brought together hundreds of millions of players from all over the world,” says Zynga President of Publishing, Bernard Kim. “Having country superstar Trisha Yearwood join us by bringing her spirit of strength and independence with ‘Every Girl in This Town,’ truly makes this anniversary a moment of celebration.”

In the coming months, Trisha Yearwood will appear in-game as a down-to-earth farmhand avatar in FarmVille 2: Country Escape. Trisha’s new inspirational single, “Every Girl in This Town,” will play as she helps fans find rare items on their farms and gain access to in-game rewards that help them meet their daily goals.

Zynga is currently developing a brand new FarmVille mobile title, its newest addition to the iconic franchise, which will introduce players to new characters and an exciting twist to the gameplay experience.

Zynga is a global leader in interactive entertainment with a mission to connect the world through games. To date, more than one billion people have played Zynga’s franchises including CSR Racing™, Empires & Puzzles™, Merge Dragons!™, Words With Friends™ and Zynga Poker™. Zynga’s games are available in more than 150 countries and are playable across social platforms and mobile devices worldwide. Founded in 2007, the company is headquartered in San Francisco with locations in the U.S., Canada, U.K., Ireland, India, Turkey and Finland. For more information, visit www.zynga.com or follow Zynga on Twitter and Facebook.

This press release contains forward-looking statements, relating to, among other things, the release of future FarmVille 2: Country Escape game features and a future game in the FarmVille franchise. Forward-looking statements often include words such as “outlook,” “projected,” “planned,” “intends,” “will,” “anticipate,” “believe,” “target,” “expect,” and statements in the future tense are generally forward-looking. The achievement or success of the matters covered by such forward-looking statements involves significant risks, uncertainties, and assumptions. Undue reliance should not be placed on such forward-looking statements, which are based on information available to us on the date hereof. We assume no obligation to update such statements. More information about these risks, uncertainties, and assumptions are or will be described in greater detail in our public filings with the Securities and Exchange Commission (the “SEC”), copies of which may be obtained by visiting our Investor Relations web site at http://investor.zynga.com or the SEC’s web site at www.sec.gov.