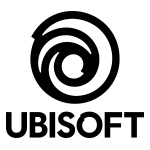 Come on, grab your friends! Try out the new Epic Crossovers now until June 25

LOS ANGELES–(BUSINESS WIRE)–Algebraic, dude! Today, at the Electronic Entertainment Expo (E3), Ubisoft announced that Epic Crossovers for Finn the Human, Jake the Dog and Princess Bubblegum from Cartoon Network’s Adventure Time are available now in Brawlhalla. The free-to-play platform fighter game has more than 25 million players on PC and PlayStation®4 computer entertainment system, and is also available on the Xbox One family of devices including Xbox One X, and the Nintendo Switch™ system.

A special Adventure Time in-game event kicks off today through June 25 and will include the following brand new content.

The Adventure Time Epic Crossovers will turn frowns all around and continue to be offered in-store after the event, with Finn, Jake and Princess Bubblegum Epic Crossovers; all of this sweet, sweet crunkle can be purchased for 300 Mammoth coins each.

This time, there’s an “I” in the word “team”. In a special Adventure Time map, players are their own team by controlling two legends simultaneously, to defeat another player controlling two legends simultaneously. This new game mode will remain as a custom game mode after the event ends. It’s much more dangerous than you think!

Developed by Blue Mammoth, Brawlhalla is an epic free-to-play platform fighting game that brings players to the fight for glory in the halls of Valhalla. Choosing from over 40 unique characters, players can jump into single-player and co-op modes as well as online and local competitions. This year, the team has begun adding cross-platform play in phases, with players on Xbox One, Nintendo Switch and PC now able to matchmake together – for more details, please visit: http://www.brawlhalla.com/news

For the latest news on Brawlhalla and all of Ubisoft’s games, visit Ubisoft News: https://news.ubisoft.com/

Cartoon Network’s Emmy-Award winning series Adventure Time, introduced viewers to unlikely heroes Finn and Jake, buddies who traverse the mystical Land of Ooo and encounter its colorful inhabitants. The best of friends, our heroes always find themselves in the middle of heart-pounding escapades. Finn, a silly kid with an awesome hat, and Jake, a brassy dog with a big kind heart, depend on each other through thick and thin. The groundbreaking series aired for 10 seasons on Cartoon Network and created by Pendleton Ward, executive produced by Adam Muto and produced by Cartoon Network Studios.

Founded in 2009 and acquired by Ubisoft in 2018, Blue Mammoth Games is a development studio based in Atlanta, Georgia. The experienced team specializes in online multiplayer games with large player bases.

Cartoon Network is a division of WarnerMedia and the # 1 animated series network in the U.S., offering the best in original content for kids and families with such hits as Ben 10, Craig of the Creek, Steven Universe, The Powerpuff Girls, and We Bare Bears. Seen in 192 countries and over 400 million homes, Cartoon Network inspires the next generation of creators and innovators by engaging its audience at the intersection of creativity and technology. Its award-winning pro-social initiative, Stop Bullying: Speak Up is an acknowledged and often used resource for kids and adults looking for tools that can assist in dealing with the ongoing issue of bullying.

WarnerMedia is a leading media and entertainment company that creates and distributes premium and popular content from a diverse array of talented storytellers and journalists to global audiences through its consumer brands including: HBO, Warner Bros., TNT, TBS, CNN, DC Entertainment, New Line, Cartoon Network, Adult Swim, Turner Classic Movies, truTV and others. WarnerMedia is part of AT&T Inc. (NYSE:T).

Ubisoft is a leading creator, publisher and distributor of interactive entertainment and services, with a rich portfolio of world-renowned brands, including Assassin’s Creed, Just Dance, Tom Clancy’s video game series, Rayman, Far Cry and Watch Dogs. The teams throughout Ubisoft’s worldwide network of studios and business offices are committed to delivering original and memorable gaming experiences across all popular platforms, including consoles, mobile phones, tablets and PCs. For the 2018-19 fiscal year Ubisoft generated Net Bookings of €2,029 million. To learn more, please visit www.ubisoft.com.