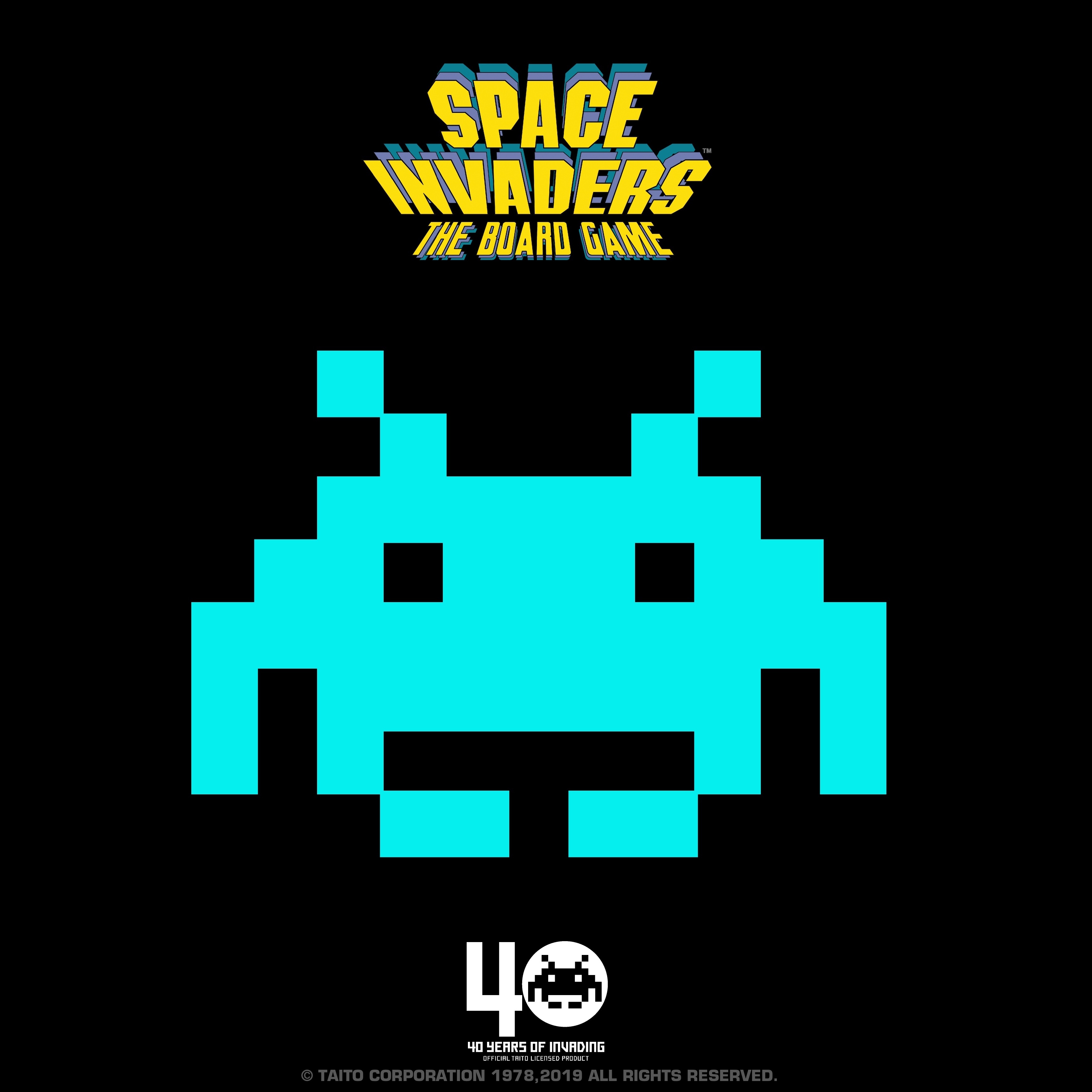 Living rooms worldwide are being invaded May 14th via Kickstarter

The SPACE INVADERS board game combines today’s popular deck-building genre with a more traditional strategy board game by allowing 2-4 players to collect SPACE INVADERS cards and add them to their hands, while moving across the board and shooting enemies with their laser cannons. The game’s visual presentation and atmosphere are as close to the original arcade game as possible, creating a brilliant retro gaming experience.

* Game Board or Play Mat (Depending on Edition)

Initial backers will also have the opportunity to reserve one of 500 strictly limited numbered SPACE INVADERS Art Boxes (the ultimate collector’s item), which celebrate the 40th anniversary of the brand and are autographed by SPACE INVADERS creator, Tomohiro Nishikado.

“After successfully invading video screens worldwide for over 40 years, we are excited to join forces with 612 Entertainment to help SPACE INVADERS, one of our top brands, invade living room tables everywhere,” said TAITO President and Representative Director, Tetsu Yamada.

Robert Colman, President of 612 Entertainment, LLC, said, “Video game brands like SPACE INVADERS have become part of our cultural heritage. Our corporate vision is to expand the best of those brands across all media and make them accessible to an even larger audience. We are excited and grateful that TAITO partnered with us to bring one of the world’s most recognizable video game brands, SPACE INVADERS, to the flourishing board gaming market.”

The 40th anniversary commemorative editions of SPACE INVADERS – THE BOARD GAME are now available to pre-order via Kickstarter, starting at $20 for early backers.

TAITO Corporation (TAITO®) is a wholly-owned subsidiary of Square Enix Holdings Co., Ltd. With headquarters in Tokyo, Japan, TAITO operates core businesses such as game arcade operations, coin-operated game machines, and mobile phone content services. A seminal part of gaming history, TAITO caused a worldwide sensation with its arcade legend, SPACE INVADERS®, and developed such fan favorites as PUZZLE BOBBLE® (BUST-A-MOVE®) and ARKANOID®. Today, TAITO continues to thrill game lovers of all generations by offering both classic and new family-oriented titles on the latest gaming platforms. TAITO delivers a wide range of entertainment experiences with the goal of providing consumers with fresh surprises and new discoveries.

More information on TAITO can be found on the Internet at http://www.taito.com/.

Chosen as an art collection of MOMA, and a collaborative character with famous fashion brands, SPACE INVADERS is still loved all over the world today.

TAITO is the exclusive owner of the global intellectual property rights, including copyrights and trademarks, for SPACE INVADERS and its characters, and takes an active role regarding new SPACE INVADERS-related enterprises.

A cross-media entertainment production company founded in 2017 by entertainment and media industry veterans. 612 Entertainment, LLC has been founded with the aim to bring the best brands to as many technology platforms and types of media as possible.